Where is THE NEIGHBORHOOD & Park? 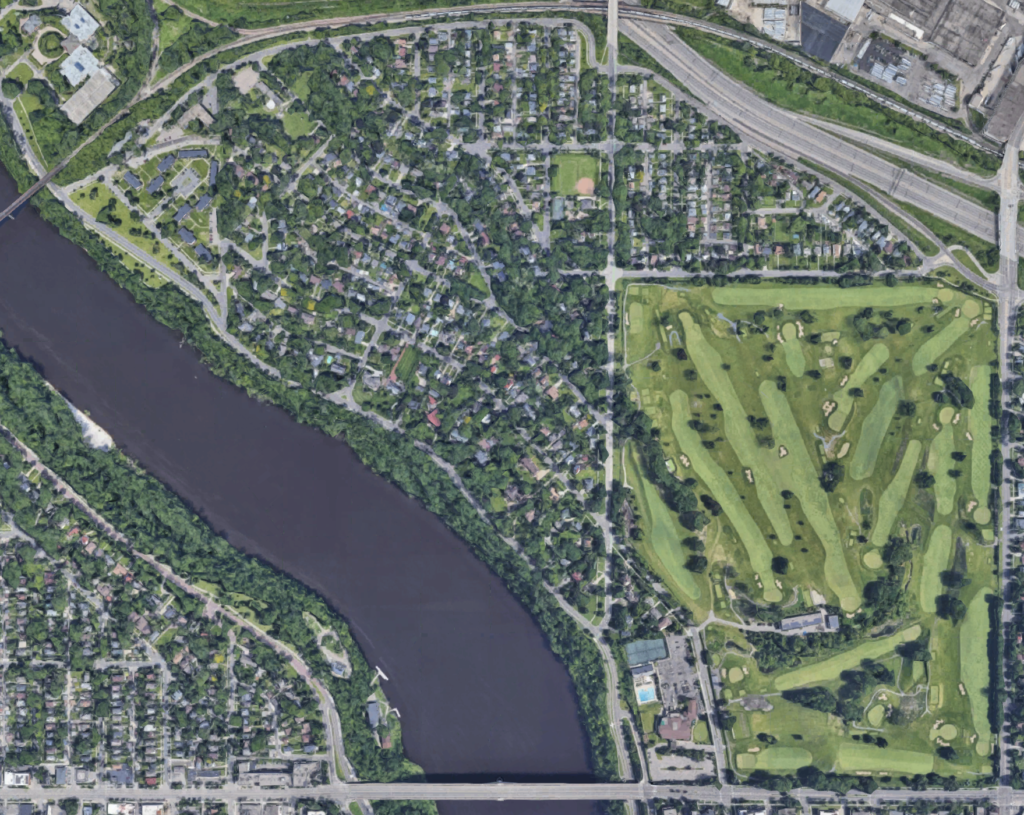 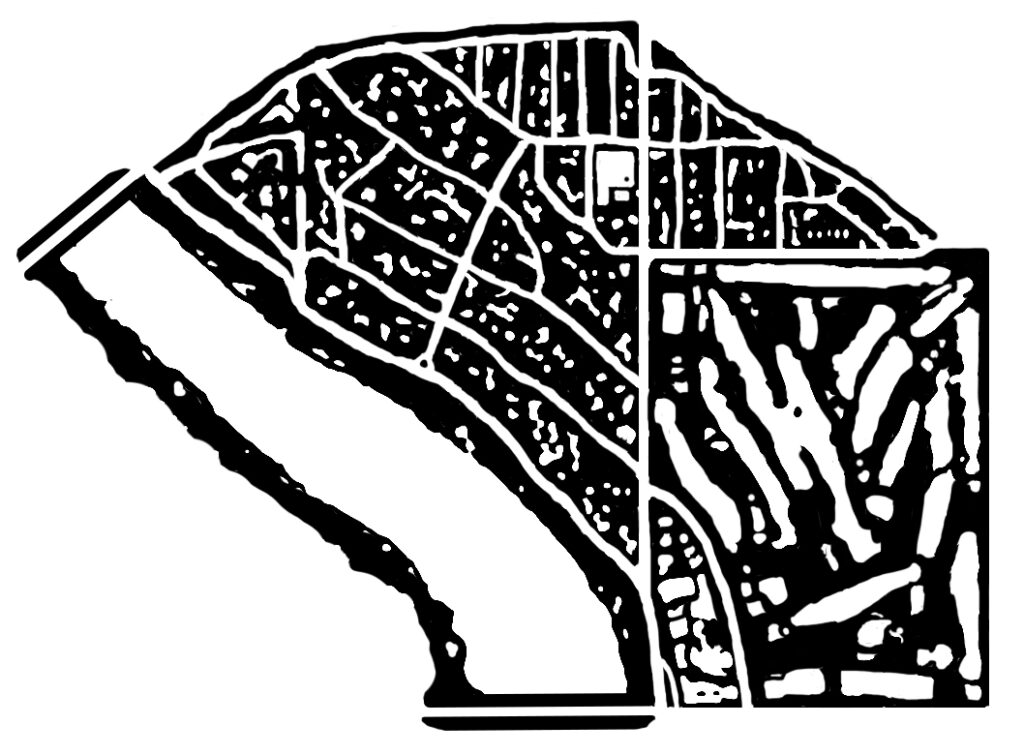 The history of desnoyer park

This written history of the neighborhood by Jim Vogt gives a nice historic overview of one of St. Paul’s oldest and greatest neighborhoods

Ever wonder when you are walking across the Lake Street bridge and the river level is low, what the structure is sticking up out of the river along the east shore in our neighborhood? Meeker Island was the site of the first and northernmost lock and dam on the Mississippi River. Built to extend navigation from St. Paul northward to Minneapolis, it is also became a symbol of the economic and political rivalry between St. Paul and Minneapolis.

More information for a fun read on a rainy day can be found here, and here, or on the National Park Service site here.

In the early 1970s, the Ramsey County Historical Society erected five historical plaques with a brief history of the Red River Ox Cart Trail that once passed through our area.  Beginning in 1844, fur traders used oxen to pull carts with 6-foot-diameter wooden wheels packed with furs and other materials from as far north as Manitoba to St. Paul for shipping on the Mississippi River steamboats. One of these signs is located in the Desnoyer Park neighborhood at the intersection of Raymond, St. Anthony and Doane avenues.

Karen Wargo, who lived on Raymond Avenue, one-half block from the sign, was disappointed in the plain grass that fronted the sign.  She decided to install a garden worthy of this historic site and, in 2000, started preparing the ground.  The next year her lovely flower garden appeared. During the next eight years Karen purchased and installed a wide variety of native and heritage flowering plants.

Karen made a huge individual commitment to beautifying this space in Desnoyer Park.  Karen received the 2006 Good Gardener Award for this garden from the City of St. Paul, Division of Park and Recreation and St. Paul Garden Club.

Unfortunately, Karen and her husband had to leave Desnoyer Park due to career re-location, so she was faced with this dilemma:  dismantle the beautiful garden or find someone else to sustain it.  Karen’s public garden was a treasure worth keeping—but more than most could maintain alone.

In 2008, Kathy Franzen, who lived at 383 Pelham Boulevard, a former DPIA president and the Project Director of the Desnoyer Park: A History of the Neighborhood, stepped forward to contact neighbors in Desnoyer Park requesting their assistance in caring for the garden.  At the time, Kathy was a co-chair of the Public Garden Committee for the Garden Club of Ramsey County. This experience was used as a guide to develop a garden management system for the Ox-Cart Garden. 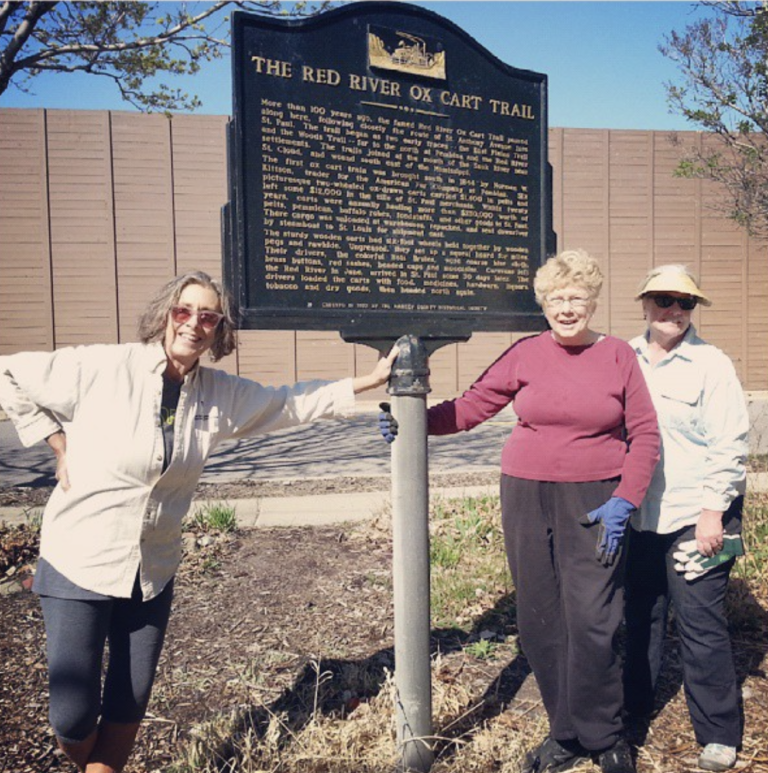 PICTURES OF THE GARDEN PROJECT

The Mississippi River Boulevard creates one border to the Desnoyer Park neighborhood. This piece by neighbor, Drew Ross, highlights some of the history in this short section of this historic road as it runs along the edge of our neighborhood. 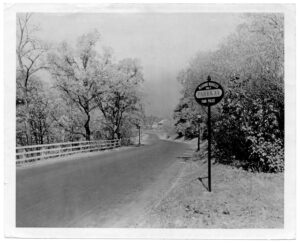 Zen and the Art of Motorcycle Maintenance

Neighbohood residents, Susan Nemitz and John Curry own the home at 458 Otis Ave. in St. Paul, where Robert and Nancy Pirsig lived when Robert and son Chris embarked on a 1968 motorcycle trip from St. Paul to San Francisco. Their journey became the framework for Pirsig’s revered book, “Zen and the Art of Motorcycle Maintenance.”

MPR story can be found here 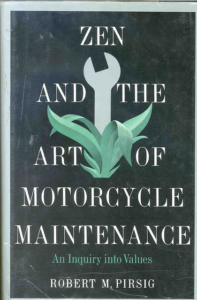